Environmental sustainability is increasingly the subject of debate and interest among politicians and the public. Sustainable growth and development not only concern production activities, but also society, nutrition and lifestyles.

The LIFE TTGG project has made it possible to investigate in depth the entire value chain of Grana Padano PDO cheese, proposing an improvement of the chain itself, starting from the first fundamental link, from which the cheese comes to life, i.e., the farm. Dairy cattle breeding is very often under the magnifying glass because of the environmental repercussions of this practice. But is this really the case? Certainly, livestock farming, like all anthropic activities, has an impact on the environment due mainly to the release of greenhouse gases, but also to acidification, eutrophication, use of water, soil and resources in general. An Ispra study from 2020 states that, in our country, greenhouse gas emissions attributable to agriculture account for 7% of the total, of which methane accounts for 64%, nitrous oxide for 35% and carbon dioxide for 1%. Of this 7%, animal husbandry accounts for 75%, which means that it accounts for just over 5% of the total greenhouse gas emissions – a much lower weight than emissions from other production sectors.

The production of greenhouse gases by ruminants is closely linked to the physiological processes involved in the digestion of feed. The gastrointestinal system of the ruminant is characterised by a true fermentation chamber, the pre-stomachs, where the feed is degraded by specific microorganisms, equipped with enzymes capable of fermenting components that are indigestible by the animal itself. The main fermentation gases that are formed are carbon dioxide and methane; since the latter is the gas that most influences the estimation of the total equivalent carbon dioxide, the quality of the feed produced at farm level and fed to the cattle is a crucial aspect. The digestibility of the diet being fed to the animals is an equally important parameter, affecting production efficiency and the content of organic matter in the manure. Taken together, the two aspects determine the extent of greenhouse gas emissions and volatile substances. Consequently, correct feeding of the different categories of livestock reared can improve the efficiency and environmental performance of their activities, with positive effects on production levels and the conversion of feed into milk, as well as on the welfare of the animals themselves.

One of the mitigation practices proposed within the LIFE TTGG project has led to the creation of a scenario in which feed diets and their constituent feeds are analysed periodically. The environmental impact reduction potential in adopting this practice could be 3-5%, but it would require investments on the part of the farmer who would have to equip himself with instrumentation for rapid analysis or enter into agreements with companies that provide such services. Thus, costs and work organization could hold back the farmer, against a modest reduction in the environmental impact of milk production. How to intervene? Practical advice falls on the production of quality farm feed through the adoption of good agricultural practices, from the field to the storage of crops. Such an approach leads to a number of advantages, both in terms of the wholesomeness of the feed and the reduction of losses in storage, resulting in lower costs and less dependence of the farm in the purchase of raw materials and feed on the market. 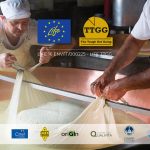 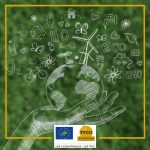 The use of software: a tool against green washing 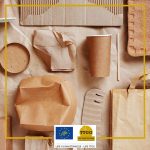 Packaging and sustainability of dairy products: a question of balance 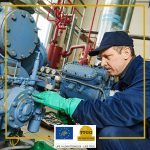 Impact assessment: a concrete suggestion for a more efficient company 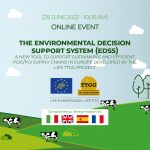 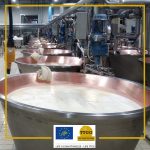 Efficiency in dairy during energy crises 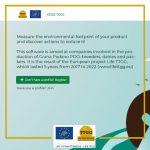 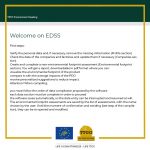 The improvement of performance through the evaluation of the questionnaire